After six incredibly exciting months, we are proud to unveil our first INTERNATIONAL advertising campaign (more than 600 million impressions targeted, a figure that we’d love to win at the lottery.)

Our goal is to spread our mission: that of gathering everyone at the same table. That is why we’ve been posting this message on the streets of London, Brighton, Bristol, Manchester and Cardiff and also in France and in the Netherlands!

And all this is possible thanks to our little products, our beloved plant-based bacon and lardons, which have the unique ability to reproduce the taste of pork, without the pork.

With this disruptive international campaign, we intend to proudly display our vision of a world full of love and fat. Especially during this month of Veganuary.

Starting on the 16th of January, we will be painting the UK pink for two weeks through more than 1,850 faces, reaching over 200million impressions.

Here is a little tour of what you can expect of this incredible campaign… (what can we say, we’re very very very proud) 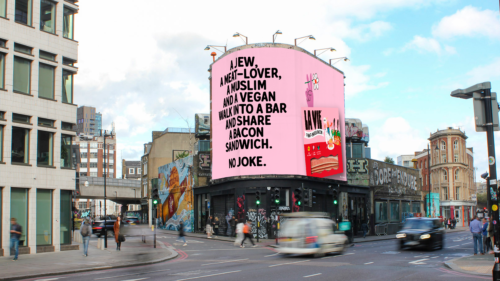 You know, at La Vie™, the brief has always been : GO BIG OR GO HOME. And this campaign, especially this huge billboard in the heart of Shoreditch perfectly embodies our mindset. We want to bring to life our mission, that of a greener world in which everyone can gather around the table and share a delicious vegan sandwich. As we say in France, “que du love”. 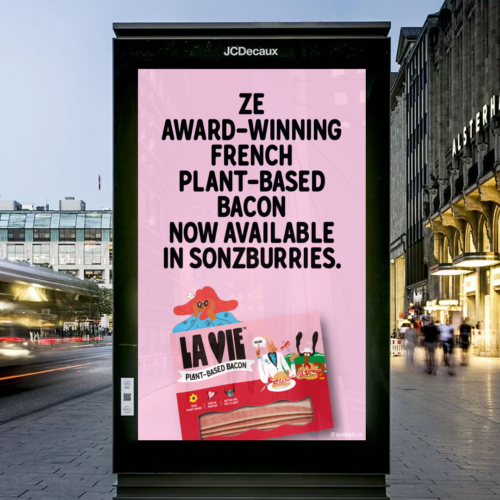 Of course, we had to spice it up with our French accent, but the content is fact! For the second year in a row, our vegan bacon (who’s actually not even 2 in retail by the way) has been elected the world’s best plant-based bacon at PBWE. 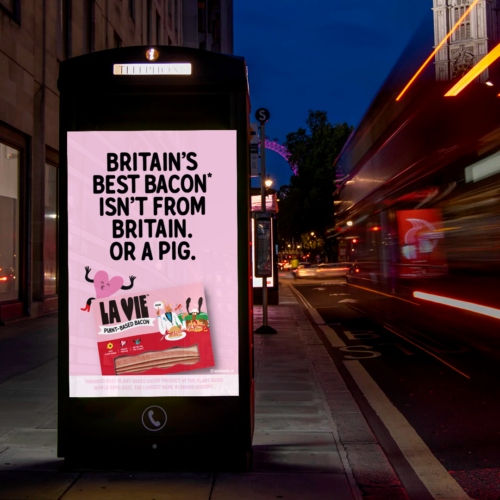 Did you know? More than half of pork bacon consumers surveyed rated our Vegan Bacon La Vie™ as good or better than their usual pork bacon. We’re just SO proud of it. In the end, La Vie™ is what makes everyone agree…. What a blast! 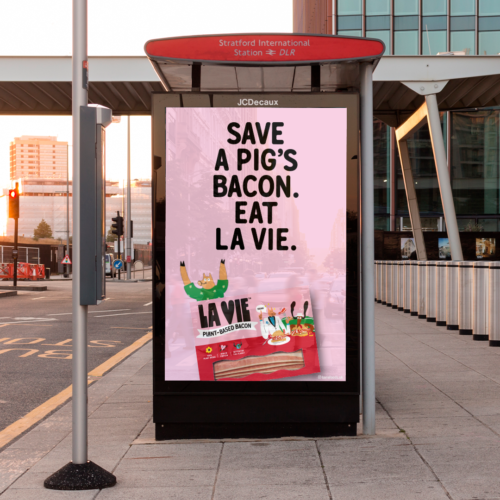 Now, we know you supportive folks loved this one in October! Because we’re all in this together, us humans, the planet and Buddy (the pig).

As said previously, our beloved campaign will be launched on 16th of January for two weeks, reaching over 200M Impressions – as if everyone in the UK saw it 3 times.